Stories of Street and Struggle 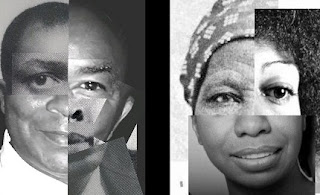 
A quiet but powerful agent of change in the heart of the Tenderloin is San Francisco Recovery Theatre, which for 20 years has provided “a safe place for those who are suffering, their families and those in recovery.” It’s a theater of the spirit and stories about lives lived and lost, and a haven for often-unheard voices.

Led by accomplished actor, director, playwright and SFRT founder Geoffrey Grier, SFRT’s Reflections In Black 2018 revisits an existing collection of original monologues and devised plays, and excerpts, songs and adaptations of plays and essays by African American writers and actors whose individual stories create a mosaic of what it means to be Black in the United States.

Staged in one of Piano Fight’s tiny hot box theater spaces, this production is as up close and personal as it can be as it begins with the all-too-familiar (and sometimes cliched) Twilight Zone intro music to bring us into “The Black Zone.” Grier begins to explain what will ensue only to be interrupted by The Homeless Prophet (Vernon Medearis) who had been sitting in the audience mumbling to himself and being a slight nuisance before he takes the mike to tell his story and prophecy. What follows is a series of vignettes including the story of Paul Robeson (Benn Bacot) whose story far exceeded the singular reputation he had for singing Old Man River; "Angela’s Rant," where the wife (Beverly McGriff) of an incarcerated man rants at him during a prison visit, berating him for the disappointment and pain he has caused her as he sits there in silence; the very powerful "Salaam Huey, Salaam," performed by Grier as the friend of fellow junkie Huey Newton in his last days of life on the Oakland streets. There are 10 stories in all, each with its own power.

With this production, SFRT is reaching out to much of the Mid-Market and 6th Street corridor population as well by organizing groups from neighborhood organizations to see the play free of charge, and by casting actors who are currently or have lived in the Tenderloin.

Reflections in Black 2018 is a small diamond tucked deep in the urban landscape, and it is a treasure to experience.